What an AMAZING year this has been!!! So much has happened…
It’s hard to remember it all, but this is what stands out the most! I apologize in advance for the many, many links… but there’s just too much excitement I can’t contain it!
OH, and read till the end to see what the TRUE HIGHLIGHT of the year has been!

Billboard featured me in their magazine back in April – it was something I hadn’t planned on or expected in any way, but absolutely incredible. Here’s a link to the article!

The DreamWorks show, “She-Ra Princesses of Power” came out this year – with the theme song I wrote and co-produced!! So cool to be a part of such a powerfully female-driven show. Here’s a link to the theme:

In addition to doing the theme song, I wrote and recorded quite a few songs for the show, “Spirit Riding Free!”
Here are a couple of my favs that I wrote and co-produced for the show…

I released another solo album called, “Gold and Glitter” as well a few music videos!! Here is a link to the album…
And below are links to a few of the music videos released this year from the album:

Some of you know – and some of you have no idea – but… I am in a band called LUC. In just a few months, we’ve had almost 700,000 streams on Spotify, and have been one of the most requested local bands on KROQ in 2018!!
Please VOTE for us to top the list and have our single GLOW pressed on vinyl, out on record store day 2019 HERE!
Also, check out our music video, “Glow” below:

My music licensing company grew and grew and grew this year… we changed the name to Glow Music Group, added a few new members to the team, signed so many new and crazy talented bands, and landed over 100 placements!! It’s always been such an incredible feeling to land a placement of my own music, and now I get to share that same excitement and experience with the 200+ bands we rep!!

I got to sing with Bob Weir from The Grateful Dead for Al Gore’s 24 Hours of Reality Event which aired all over the world… as well as Blake Shelton, Shawn Mendez, John Legend, Josh Groban, and Keith Urban for the super exciting Elvis All-Star Tribute airing on NBC Feb 17th! 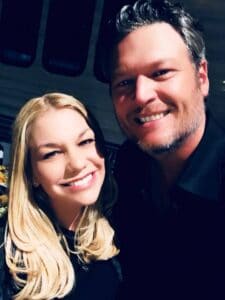 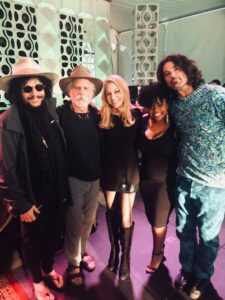 And, I finally put together a reel of some of my favorite placements earlier this year. Here it is if you want to check it out!!

I won my second ASCAP award for the theme song for The Fosters. It was sad to see it end this year after 5 seasons… but it had a great run!

I think that about sums it up on the music side. Of course, what I am MOST grateful for this year is my beautiful family. My caring, loving and encouraging husband Jonathan, and my 2 children Rylan and Poppy who have every bit of my heart wrapped around their fingers. Since I don’t have one decent photo of all four of us … here we are in two separate photos below. 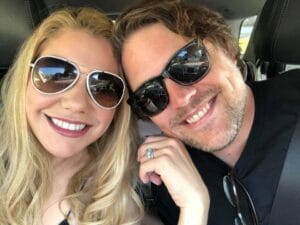 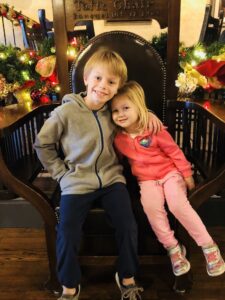